I was a fan of Ernest Cline’s novel Ready Player One when it debuted in 2011, and so about a month ago I went to the see the movie with some family members. “Wow, that was cool!” we kept saying as we watched. These proclamations were later followed by: “Although … I don’t remember that happening in the book.”

That’s because much of it didn’t—which is not always a bad thing. But in the case of the Spielberg rendition of RPO … well, let’s just say I was not impressed. 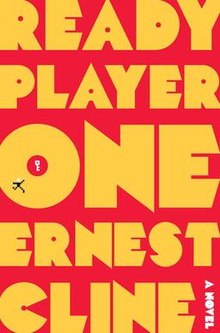 There were some good moments. The visualization of the stacks and the OASIS are nothing short of stunning artistic achievements. The sequence with The Shining and the final epic battle scene gave me goosebumps. I got a good laugh out of spotting classic pop culture references. The casting for James Halliday was spot on.

But good grief, Wade gets kidnapped by a tattooed member of some nebulous underground Gunter rebellion? Art3mis is cocky and condescending right off the bat, rather than the fun-loving, endearing character who instantly hits it off with Wade in the book? The villain Nolan Sorrento employs a semi-psycho henchwoman who can jump out of moving vehicles and happens to know advanced kung fu? Wade (or one of his friends, I forget who) memorizes the password that Sorrento is dense enough to write down and tape to his egg-pod? The romance between Wade and Art3mis receives a disproportionate prominence over the friendship theme that was so central to the book? A jolting car chase takes place while Wade must perform complex maneuvering in his haptic suit? And all of this is to say nothing of the clever puzzles, pop references, and character developments in the book which never made the screen cut.

Yes, I know that in the process of adapting a book to the screen, directors have reasons for departing from the original story. You want to jazz things up. You give more screen time to some characters (Art3mis, in this case) over others and diversify things a little more. You cut things out to achieve a more reasonable length. You take creative license to fit the medium or your interpretation of the narrative. When you make these choices, it’s impossible to please everyone, least of all a whiny purist like me. But at least make slightly more plausible choices! The substitutions that the movie landed on were excessively cliche and far-fetched to me.

Would I watch it again? Yes, but on one condition: I must be given free reign to verbalize my ever-so-constructive gripes in the process; and whoever watches it with me must agree to hold a philosophical conversation about the nature of the Internet and the influence of technology in our lives. I will play host and beer provider.

Why the philosophical bit? Well, because seeing the movie, and also reading this scathing critique of the book at The Verge, and also staying on top of news stories and commentaries on the tech industry in general, has got me thinking about our culture’s present-day perceptions of technology as compared to the utopian vision which both the book and the movie so readily embrace.

For example, in the book the OASIS embodies a vision of equality and cost-free, consequence-free modes of expression and identity. But as I reflect on the book again, I can’t help feeling how woefully naive that was. For one thing, the Internet is not and never has been “free.” Even if you don’t pay for specific Internet services out of pocket, you certainly pay a price in privacy. (If you’re not paying for a product, you are the product.) And even though the web provides something of an escape from real-life drudgery and bullies, we know all too well that it doesn’t protect you from cyber bullies, sleep deprivation, FOMO, or hackers.

Anyways, it’s something I’ve been pondering.

By day I work as a technical writer. I write essays and fiction in my spare time. View all posts by Richard Rabil, Jr.